North Sea oil and gas installations have a “significant conservation significance to protected species”, according to a new study from Edinburgh University.

Researchers have discovered, using computer simulations, that coral particles that would normally flow from the Atlantic ocean into the North Sea and die, are collecting on the legs of east of Shetland oil and gas platforms.

It is thought that the Lophelia coral, native to the Atlantic ocean, are thriving on structures at the Brent and Ninian fields.

The findings were made by the Anchor Project, funded by INSITE (Influence of Structures In The Ecosystem), which is undertaking a large study into the influence of man-made structures in the North Sea.

Chancellors fellow at Edinburgh University, Lee-Ann Henry, said: “What our study did was simulate ocean conditions to see what would happen to a small coral particle if it were to drift in the ocean and to see where it would land.

“They ended up landing in these areas in the natural populations that are actually marine protected areas.

“Oil and gas platforms appear able to protect these protected species of coral to downstream populations.

“We’re hoping that that will be the genetic story that might appear in the next couple of years.”

What has happened for centuries is that without a structure to cling to they would float into the North Sea and die.

Ms Henry said that without the platforms, there is only “sporadic occasions” where coral have been able to make it all the way to Sweden or Norway.

She added: “Potentially, oil and gas structures could be providing the function of creating new ecosystems destroyed by fishing.”

Asked about the debate concerning whether oil and gas structures should be left or removed from the North Sea: Ms Henry said: “From a scientific perspective, I would say that if it’s possible to take it out we should.

“But, I would conclude from our project that there are structures that we need to leave in place right now, and we don’t have to view that as a negative thing.

“In fact, some of those structures can have ecological benefits, that’s the conclusion I would make.” 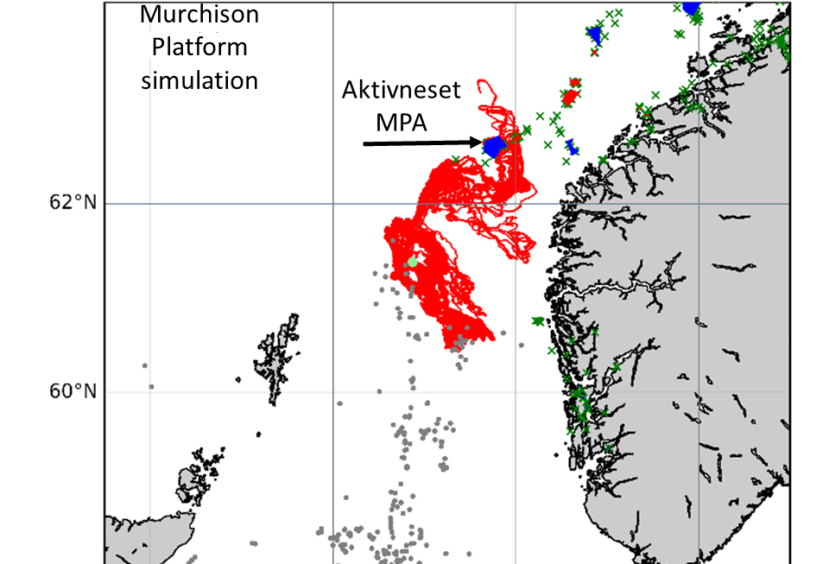