An Aberdeen team has solved an “age-old” industry challenge for North Sea platforms.

The Trip Avoidance X-ray Inspection (TAXI) system has been trialed on Repsol Sinopec Resources UK’s Montrose platform and could save operators up to £5million per year.

Radiography is one of the most effective ways of detecting corrosion issues on offshore platforms.

Oceaneering said a “constant challenge” has been that alarms around complex piping systems are often set off when they detect radiation, causing a full shut down of the platform for fear it is a loss of pressure or an oil and gas leak.

As a result, radiography has not, until now, been used heavily for pressure vessels and equipment.

Oceaneering has developed the new tool, modifying existing technology, to safely work around the alarms.

Ian Drummond, business development manager for Europe and Africa at Oceaneering, said: “This has been a constant challenge because the issue about setting off a nucleonic alarm on a vessel is everything goes into shutdown.

“The guys in the operation rooms think or believe that they’ve got a loss of primary pressure containment from a vessel or a system and that could lead to a horrific hydrocarbon incident.

“We believe we have solved an age-old industry issue. We think it’s a game-changer in the industry.

“It’s going to allow a lot of the small bore pipework, a lot of the complex systems to be inspected regularly without affecting shutdowns or break-ins or causing any trips.”

The average cost of an uncontrolled shutdown offshore is around £2m. 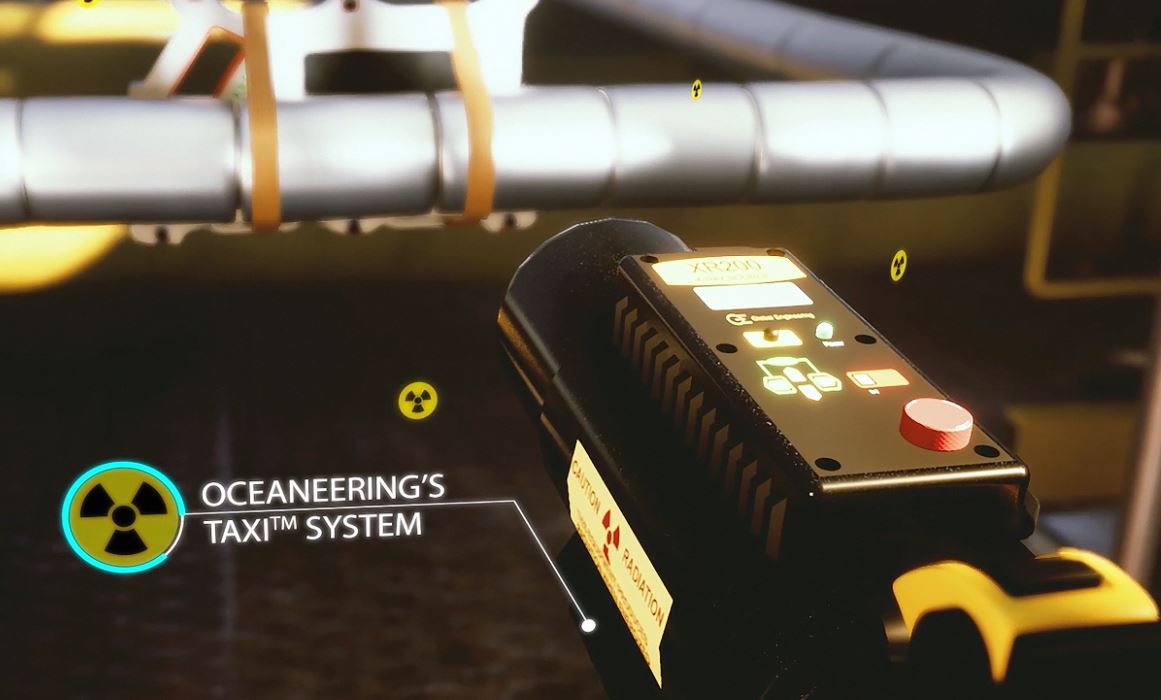 Oceaneering teamed up with RSRUK to trial their TAXI system, which can use radiography to detct corrosion without tripping platform alarms.

After developing and trialling the technology over an eight month period, Oceaneering has now officially launched the TAXI system.

It was recently shortlisted in the innovation category at the Offshore Achievement Awards and Mr Drummond said demand has skyrocketed.

He added: “Operators have always been nervous and always been very cautious about doing radiography activities in and around nucleonic alarms. We trialled the equipment with an operator who was brave enough and forward-thinking enough to do so.

“We were shortlisted for the OAA in the innovation category and from that point the phone has been red-hot.

“The manufacturers of the equipment are now on double-time to try and accommodate the need.”