A Nasa engineer has said Scotland’s growing space sector can work “hand in hand” with the subsea industry.

Heather Paul, from the Johnson Space Centre in Houston, is visiting the city this week along with former astronaut Carl Walz for the third Nasa in Aberdeen programme.

Their visit is aimed at inspiring youngsters to pursue careers in science, technology, engineering and maths.

Ms Paul is a mechanical engineer working on the Orion programme, a new spacecraft to bring humans further into space than ever before.

The first testing mission is an autonomous unmanned aircraft, which Ms Paul said has similarities to remotely operated vehicles (ROVs) used in the subsea energy sector.

She said: “I think we could work hand in hand because what we’re learning about deepsea exploration and engineering can help us with deepspace engineering and exploration.

“That’s very similar to what we’re doing right now. Our next mission, the EM1 mission for Orion, is going to launch in the near-future, and that’s an autonomous robotic vehicle going out into space and coming back.

“We want to test that before we send humans, and so there’s a lot of similarities.

“The oil and gas industry is looking at how to do these kinds of engineering challenges underwater – we’re just doing them in space.” 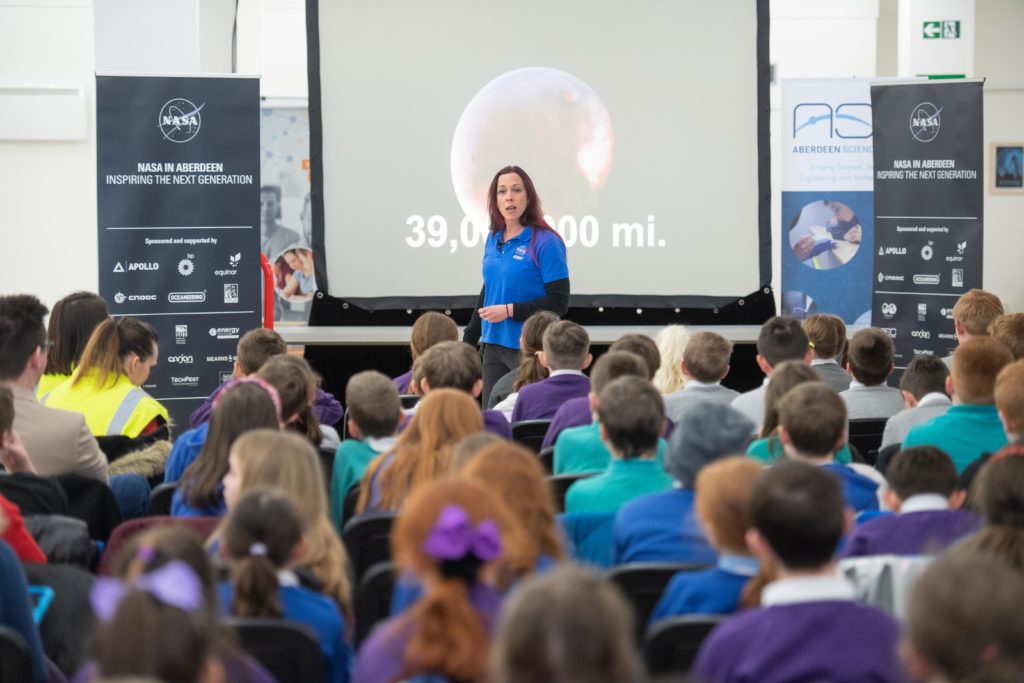 She is joined on the visit by Carl Walz, a former astronaut who has racked up more than 230 days in space and is now working for subsea engineering firm Oceaneering.

He said: “We use a lot of tooling that was used for subsea for space applications.

“It’s a very similar environment from the point of view of having to stabilise your work space.

“Some of the things we’ve been working on are artificial vision for some of the robots for the ROVs. We can then use that same thing for work in space with autonomous robotics.

“The coming thing is robotic satellite servicing so as much artificial intelligence that you can pack into that robot will make things much more successful. “

The Nasa in Aberdeen events are part of a partnership with the Society of Petroleum Engineers to encourage students into STEM subjects.

A programme of activities are taking place throughout the week for school children and the general public.

More than 3,000 people across the north-east took part in the 2018 programme, which also featured an astronaut and engineer.