MPs from across the political spectrum yesterday urged the UK Government to make progress on a vital deal to sustain the North Sea energy industry.

Pete Wishart, chairman of the Scottish Affairs Committee (SAC), said it is “imperative” that skills built up over the last four decades are not lost, and that a deal would play a crucial role.

The SAC was debating a report it produced last month on the merits of a £175m package for the sector, funded by industry and government, which could yield up to £110bn for the economy between now and 2035.

It focuses on the creation of three new centres of excellence for transformational technology, underwater innovation and decommissioning.

The pact would help the industry overcome challenges including the volatile oil price and a “nose-dive” in new exploration levels.

It would also seek to help transfer skills to other sectors including aerospace and renewable energy.

He said: “The major conclusion as far as I can see was that the sector deal, and a really ambitious one, should be agreed.

“I absolutely share the committee’s desire to support the sector.

“I am looking forward very much to advancing these proposals.

“What impresses me the most is that, with the work and the cooperation of many people in government and the industry, so many of the things are already happening.

“I am very impressed by that and I wish I could say that was true with other sectors I very much look forward to developing points in it.”

Part of the committee’s wish list has already been fulfilled, with the £38m National Decommissioning Centre (NDC) being launched in Newburgh in January, with support coming from the Aberdeen City Region Deal. 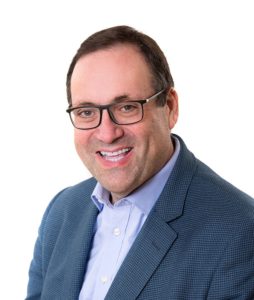 Mr Wishart welcomed the minister’s comments but said more detail is needed on how other parts areas of the proposed deal are being advanced.

He said: “I recognise that we’re making solid progress when it comes to the global hub for decommissioning.

“I think we need to hear a bit more about of the other ambitions which we put forward and we believe should be included in the sector deal, particularly when it comes to transformational technology and some of the underwater innovations.

“We have a real opportunity to be world-beaters here and we cannot lose this because it is so important to the sector.”

Members also spoke of the importance of the low-carbon transition for the future of the industry, including transfer of skills.

The Acorn Project at the St Fergus gas terminal has been highlighted as a key site for developing carbon capture and storage (CCS) technology.

CCS is a means of reducing emissions by storing carbon dioxide underneath the North Sea using old oil and gas pipelines.

Speaking at the debate, Banff and Buchan Conservative MP, David Duguid, said: “While the industry is emerging from the downturn of the last few years, the medium to long term promises smaller reserves, reduced production rates, more decommissioning, and the challenge of a wider transition towards a low-carbon economy.

“The future prosperity of north-east Scotland relies on the industry making the most of this transition, making this report, in my view, a valuable contribution to the important debate on how we can achieve that.”

The debate comes after the Office for Budget Responsibility (OBR) revised down its estimates for UK oil and gas revenues due to lower spending and a drop in oil price.

Investment levels also dropped for the fourth year in a row in 2018.