A documentary opens this week telling the true story of how a diver became stranded at the bottom of the North Sea after losing his lifeline to air, heat and communications.

In September 2012, Chris Lemons’ umbilical, his vital link to his dive bell, became severed and he was trapped on the seabed for nearly 40 minutes, with his back-up gas tank only holding five minutes of breathable air.

“Last Breath” a documentary coming to UK cinemas this week, tells the incredible tale of his rescue and survival, despite almost non-existent chances of successful recovery.

Chris was working on the Bibby Topaz dive support vessel, around 127miles off the coast of Aberdeen on the Huntington Manifold, a subsea structure which houses oil and gas wells.

When the dynamic positioning computer on the vessel failed, 300 feet above him, the ship moved away in the rough weather, causing his umbilical, which supplies heat and oxygen, to become taut against the manifold and snap.

With pitch darkness surrounding him, Chris immediately became aware of the direness of his situation.

He said: “I realised very quickly that my chances of survival or being rescued were pretty much non-existent.

“You do the quick maths in the moment and I knew that the bailout would only last five or six minutes at absolute best, so I knew that even if they had been straight above me on their way to rescue me there was a decent chance that I wouldn’t have been back in time.

“Once I had resigned myself to the fact that I wasn’t going to be able to save myself, calm comes over you I think, resignation more than anything else.

“Then it was just a case of being extremely sad, it wasn’t a case of frantically thrashing about and searching for a solution, it was a case of quiet resignation and thinking of the people you’re going to leave behind.” 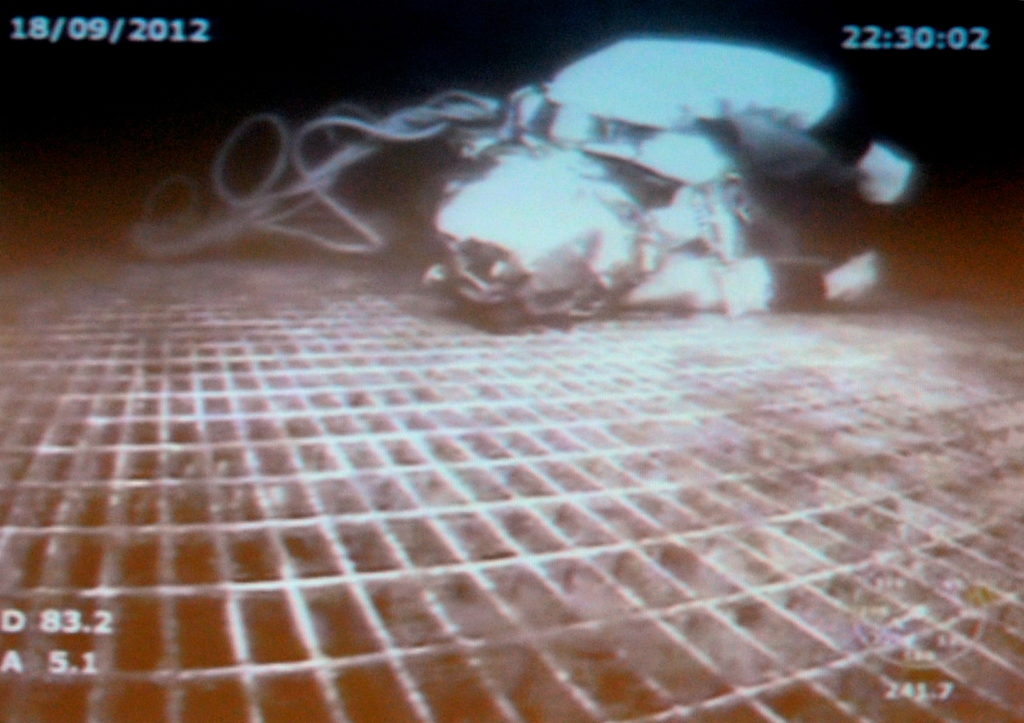 Saturation diver Chris Lemons was stranded on a manifold on the seabed for 40 mins when his lifeline snapped. Pic from Rever Offshore.

The film, which shows some real archive footage, includes the tense when moments an underwater vehicle was used to locate his unconscious body on top of the manifold, and the life-saving work of his crew mates.

Once the team had managed to get the Topaz back in position, it was down to fellow divers Dave Yuasa and Duncan Allcock who, by that point, feared they were going to recover a body.

After Dave carried Chris back to the dive bell, which transports crew to the seabed, Duncan gave him resuscitation and, miraculously, Chris came to, more than 30 minutes after being knocked unconscious.

There was no brain damage, and Chris continues his career as an offshore diver to this day along with Dave and Duncan who he describes as “amazing people”.

Despite years of reflection and medical examination, there are only theories as to how he survived.

He said: “I’ve been to various diving conferences and hyperbaric conferences since and spoke to lots of doctors and even they seem fairly stumped.

“The general consensus seems to be that the gas I had on my back had quite a high percentage of oxygen relative to what you breathe on the surface, for example, and that effectively saturated my tissues and cells with the oxygen they needed to survive.”

Last Breath opens in select cinemas across Scotland and the wider UK this week, with a Q&A session to be held at the Aberdeen Belmont on April 12.

Chris remains somewhat conflicted about being in the spotlight, and hopes the film will give viewers some insight into the world of saturation diving. 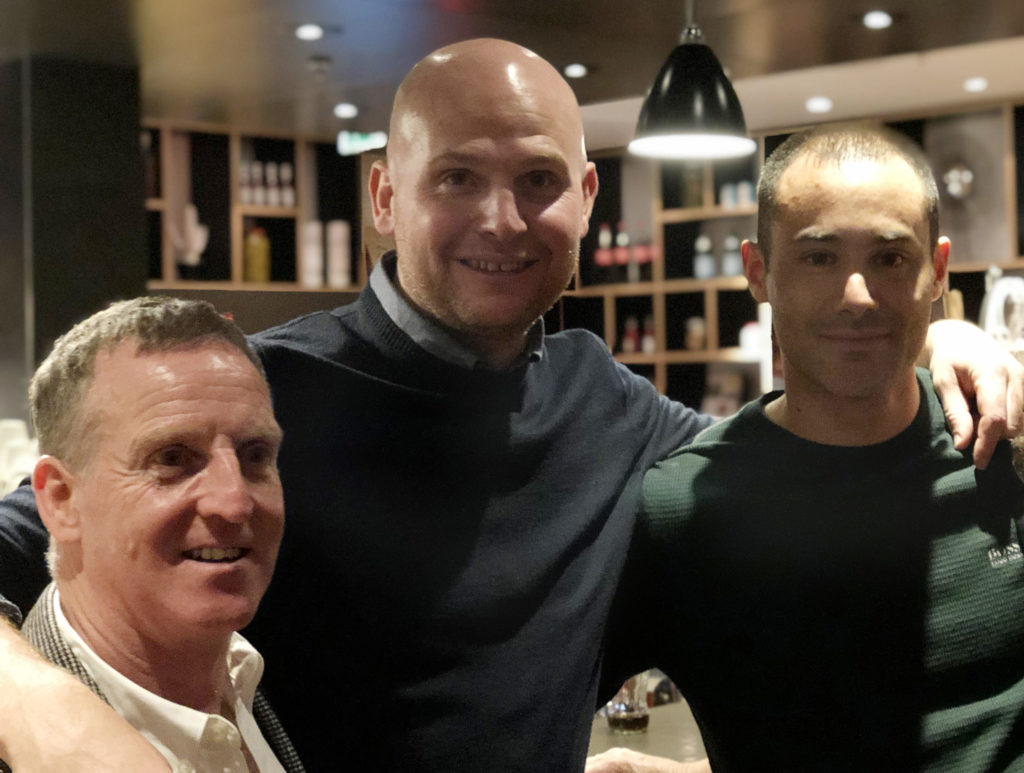 Chris, middle, with the men who saved him. Duncan Allcock, left, and Dave Yuasa, right

He added: “The strange thing is that people always want to talk to me but I always felt that I was the damsel in distress, the one being rescued, and the heroes and the important people in the story were those who came to get me, my colleagues.

“You don’t want to be a prima donna and shine the light on yourself really and I was always a bit wary of that.

“But once my colleagues were involved as well, I felt a bit more comfortable about it and it has been a really nice process, quite cathartic in some ways and good fun to play film star for a little bit.”

Q&A sessions are due to be held in the coming weeks in cinemas across Scotland: