A pilot has said he is “proud” after helping coordinate a huge rescue operation for hundreds of passengers on a Norwegian cruise ship.

Last Saturday the Viking Sky had engine failure in treacherous sea conditions on its way to Stavnger and started drifting towards the rocky coastline.

After a distress beacon was sent, a joint civilian and military rescue operation began which lasted more than 18 hours and saw around 470 passengers airlifted by helicopter to shore.

Patrick Gerritson is the chief search and rescue pilot for CHC Helicopter in Norway, and helped coordinate efforts from a control centre for the four helicopters it had in place for the operation.

Two all-weather S-92 and two Super Puma helicopters carried out airlift operations amid stormy conditions and waves of up to 15 metres.

Mr Gerritson, who actively flies on search and rescue operations, was on his weekend off when the news arrived the ship was in distress, and went to the firm’s operations centre to assist the rescue.

He said: “My role was liaising between everyone involved and making a plan to sustain this operation which we found out could potentially mean more than 1,300 passengers being lifted off.

“We knew this was going to take a long time so we were making plans for the operation to be sustainable.

“The incident was unique due to the sheer size and number of people that had to be potentially lifted off.

“But as for what the crews were doing – in the five knot wind and 15 metre waves – that’s something we train for and feel very comfortable doing.” 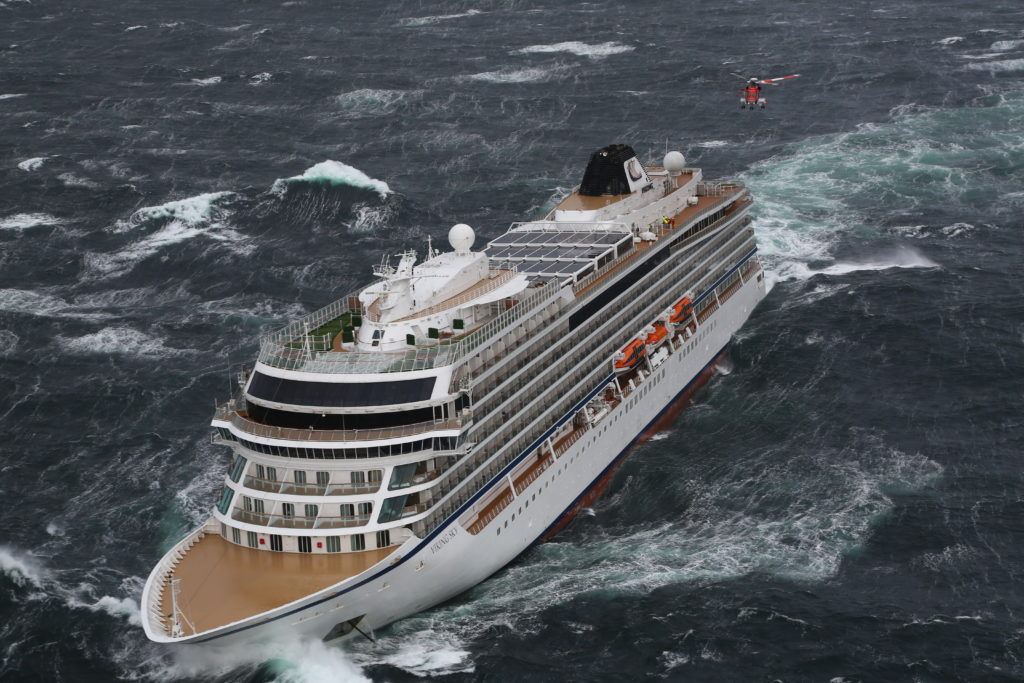 CHC was part of a wider operation involving several parties such as Norway’s military search and rescue service and the Red Cross.

The distress call was sent at around 2pm and authorities decided to airlift passengers rather than leave them aboard, while the conditions were too rough for lifeboats.

By early afternoon the following day, the Viking Sky had regained control of one engine and managed to make its way to port.

Within that time around 470 people had been airlifted and no one was hurt during the airlift operation, something Mr Gerritson said he’s “proud” of.

Footage from within the ship showed it heaving violently in the heavy seas.

Mr Gerritson added: “For the passengers it was quite a dramatic experience to be on a cruise ship with such a big movement and furniture sliding around, things breaking, having to muster and be lifted up. So for them it must have been a frightening experience.

“As far as I know the people that were lifted off were very happy with our knowledgeable crew who had control of the situation.”

The Viking Sky was on its way from Tromso to Stavanger when the incident happened and made its way to port on Sunday with the remaining passengers.

The helicopters used by CHC are normally contracted for energy firm Equinor and other customers as part of an emergency readiness provision. 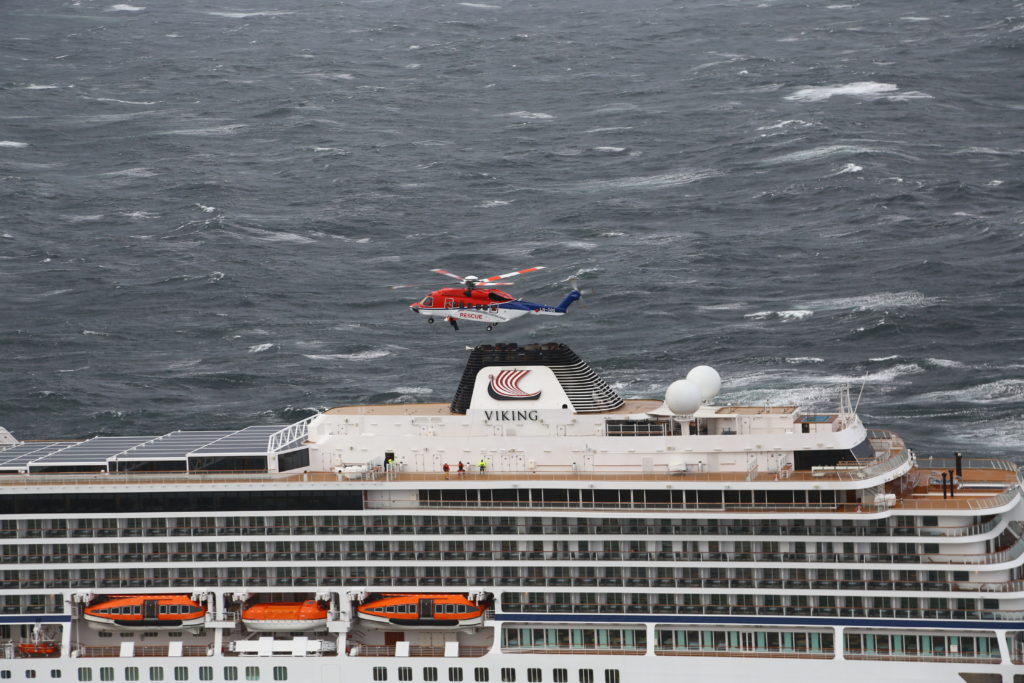 Around 470 people were airlifted to safety.PIC: CHC Helicopter

Mr Gerritson said: “We are proud of the operation. The procedures worked as they should, the crews were trained for the task and all of the equipment held up.

“It was really good cooperation between the rescue centre, the Norwegian coastguard and the people involved on land who took passengers once we landed onshore.

“There was very good control on the radios coordinating the helicopters.

“Once one helicopter hoisted to maximum capacity then it would fly to shore but another one was waiting already and could seamlessly continue as we hoist people off.

“It was great to see everything work so well together.”

Investigators said last night that a lack of lubricating oil was the “direct cause” of the ship’s engine failure.