The tide of adversity has turned and the North Sea is back on the up, Oil and Gas UK (OGUK) said in its business outlook report.

Production is at its highest level since 2011, competitive costs are being sustained and momentum is starting to build around exploration.

More new opportunities are being drilled, boosted by the largest two conventional discoveries for a decade being made last year.

However, OGUK admits that challenges remain in parts of the supply chain, as pressure on revenues and margins continues and cash flow is stretched.

The organisation is clearly worried.

“If capabilities and resources are to stay anchored here in the UK, there must be a competitive proposition for supply chain companies to invest in too,” OGUK warns.

Understandably, many exploration and production (E&P) companies will continue to prioritise debt repayments prior to pursuing significant new investments.

That said, OGUK estimates that 60% of cash generated from the UKCS in 2018 across 20 E&P companies will be reinvested in the North Sea.

The North Sea is in a very different place to 36 months ago when it was fighting for survival following the oil price crash which started in the second half of 2014.

After the excesses of the boom that followed the late 1990s slump, it had no option but to swing the axe on costs and do its business cheaper.

But where to now? How does the supply chain get its mojo back? Yes, there are green shoots with hints of growth for the first time since 2015. But it will be at least another two to three years before real recovery, apparently.

The North Sea industry is suffering from a lack of clear direction and took a fresh attack of the jitters at the end of 2018 when, having recovered to around $80, oil prices dropped back sharply, before picking up again.

Graeme Sword, founder of private equity (PE) firm Blue Water Energy (BWE), which is heavily invested in the North Sea, said: “PE got very nervous when Brent crude recovered past $80, then dropped to $50 and now it’s $65. They’re not quite sure what environment they’re in.”

This particularly applies to the supply chain, whose future prosperity is dictated by how the oil companies fare.

When it comes to PE looking for good opportunities in the North Sea, they were more likely to be found in oil and gas assets than the supply chain.

“E&P is stronger than the supply chain,” Mr Sword said. “I worry where the next crop of real entrepreneurs is going to come from, though there are some good current examples like Steven Gray of Rovop and Doug Duguid of EnerMech.” 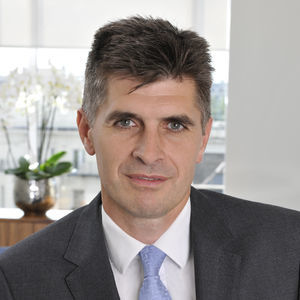 Mr Sword said there had been few deals of any note in the North Sea, the best being Wood’s acquisition of Amec Foster Wheeler, and the sale of the UKCS part of AmecFW to WorleyParsons, Oceaneering buying Ecosse, Sphera snapping up Petrotechnics, and Bibby’s subsea business being merged with Rever Offshore.

Perhaps the most seasoned of all UK PE practitioners that specialise in energy, Mr Sword sees a debilitated, half-starved supply chain struggling to rebuild after its latest hammering and even doing a poor job of diversification into complementary sectors like renewables.

For BWE, the key supply chain sub-sector targets for investment are digital, training, subsea equipment and services and LNG.

Mr Sword believes industry has cut too deeply, with the result that a serious skills crisis will emerge as competition for people intensifies, hence the importance of training.
LNG is the transition energy opportunity for BWE.

Ready access to a competitive, top-class supply chain is a key component of the attractiveness of investing in the UKCS.

However, many businesses have suffered throughout the recent downturn, with cash flow stretched, and OGUK acknowledges that “this may continue to hinder the ability of many companies to invest and rebuild capacity in the UK”.

£40 billion to £27bn, as E&P companies reduced costs and investment in the face of market challenges.

It suggests this year could “bring an overall stabilisation, and potential improvement, in revenues for the supply chain as a whole for first time since 2014”, as the increase in investment commitments and activity seen in 2018 begins to flow through the supply chain.

“Whilst the supply chain has demonstrated its resilience and adaptability in recent years, reductions in revenue, margins and cash flow have placed many companies in a position of financial distress,” the report authors said.

“With the trend of efficient and lean operations expected to continue across the UKCS, an increase in supply-chain margins will be required to allow companies to reinvest in the capacity and capability required to meet demand from UKCS operations.

“Current margin levels are not sustainable in the long run and will, if they continue, compromise the ability of industry to meet the aims of Vision 2035.”

That 25-30% of UKCS production is currently for sale doesn’t help.

E&P companies with assets for sale will have cut operating expenditure to the bone.

This does the supply chain no good, as it cannot plan ahead effectively.

Andrew Reid, chief executive of Westwood Global Energy Group, reckons a lot of optimism was generated during the first nine months of 2018 only to be knocked back during the fourth quarter when the oil price dropped sharply, resulting in E&P companies reining in their spending plans.

“That took the wind out of everybody’s sails,” Mr Reid said. “I think now, however, there’s a feeling that’s been and gone and there is increased expectation that activity levels will pick up through to 2021.

“I think we will start to see more final investment decisions, more activity in most markets. The problem is that when you look at where we were in 2013-14 and where the industry is likely to get to over the next five years, the anticipated level of activity is not going to be the same. While that’s not a problem in itself, the challenge on the supply chain side will be considerable because of reduced capacity. The industry had the ability to deliver what was needed in 2014.”

Indeed the industry ended up with an over-build of big hardware like rigs and vessels and heavy equipment.

Thanks to a large number of old rigs and ships going for scrap, the market is expected to achieve a measure of balance, putting pressure on day rates.

Given the preference among North Sea operators for modern heavy duty jack-ups, that could become an issue.

Mr Reid said: “The market is basically still over-supplied albeit there are pockets where supply is exceptionally tight, such as harsh environment jack-ups.”

The offshore subsea fleet has roughly followed the same track as rigs, including the rush to build new tonnage during the pre-2014 boom years.

“So much capital was sunk into these new vessels that the market ended up with an enormous over-supply,” Mr Reid said.

“That market is unlikely to recover in the medium-term. Demand will eventually grow but it’s not going to be gangbusters. Rather, it will be steady and incremental. I think that’ll be enough to drive some real action including in the North Sea.

“A lot of coiled tubing, well-service wirelining and so forth will be needed. But during the last downturn everything was wound down.

“There’s been no investment in new equipment of this sort even though, in capex terms, this is relatively small stuff.

“That market is now really tight on people and equipment – such that, when demand picks up, margins will increase quite sharply.”

But Mr Reid is optimistic, despite the enormous pressures on the supply chain as a result of the North Sea’s advancing maturity, the impacts of the most recent downturn and large gaps in the overall capability offering.

“There are many in the supply chain who are finding it extremely tough,” he warned.

“Some companies only survived because they diversified into other sectors like renewables.”

He agrees that companies which have made the leap found trading conditions within that sector more agreeable, even if margins are slim.

“There have been some real success stories locally,” he said. “Look at EnerMech. It’s probably the company that’s been talked about the most over the last while because it has successfully diversified and internationalised.

“It is becoming increasingly important that companies in the oil and gas supply chain here follow the EnerMech example by transporting their technology offerings and expertise elsewhere.”

“There will always be SMEs that don’t feel comfortable trying that,” he said. “They believe they lack the necessary expertise. There are even people who still don’t seem to realise that oil and gas is a global industry.

“The situation with larger firms is totally different. They ‘get’ the need to internationalise and are doing so.

“The real challenge for them is how to maximise the opportunities that come along and to resist the temptation to rush at the first opportunity that comes along without pausing and taking stock before committing.”

Sadly, it seems many business people in the UK-based supply chain have still not learned to do this during good times.

Instead, they get caught out, get hammered in a downturn and attempt such moves from a position of weakness.

With a number of these companies there really is a big risk element to what they are doing and they recognise that. They are so very fragile, which is perhaps where patient PE and sensible bankers come into play.

It has been massively important to the supply chain over the last decade.
Mr Martin believes there have been fewer fire-sales since the 2014 oil price storm hit than expected.

The banks and other investors in supply chain businesses have been more supportive of businesses that might previously have been forced into a fire sale.

That pragmatism is critical to the future of so many of the companies that make up today’s North Sea supply chain.