Climate campaigners from groups such as Friends of the Earth Scotland protested outside the BP event at the Aberdeen Exhibition and Conference Centre (AECC).

The protests in Aberdeen follow similar campaigns in London this week.

Caroline Rance, a campaigner for Friends of the Earth, said: “We’re here to highlight the damage BP is doing around the world.

“BP’s activities have a devastating impact on communities where drilling is underway.

“Our message to BP is that it’s time to end fossil fuel extraction.

“From an Aberdeen point of view, companies, trade unions, communities and government need to work together to make sure there is a just transition so workers are looked after and can be reskilled for the renewables industry.”

Rhonda Anderson, from Kaktovik, Alaska added: “I’m here to represent actual people, not corporations as there are many people in my village that oppose drilling in the land and sea we depend on for subsistence.

“I’ve travelled around the world to make this point and speak for the voiceless.” 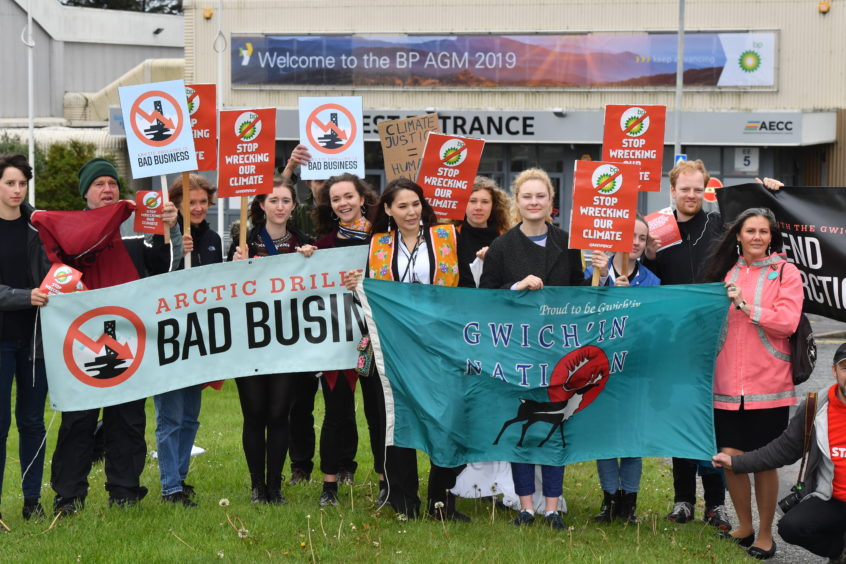 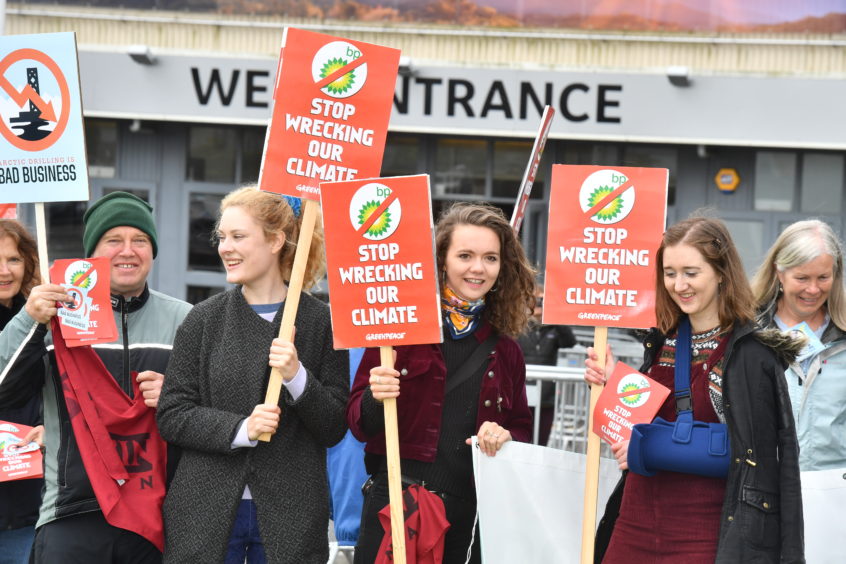 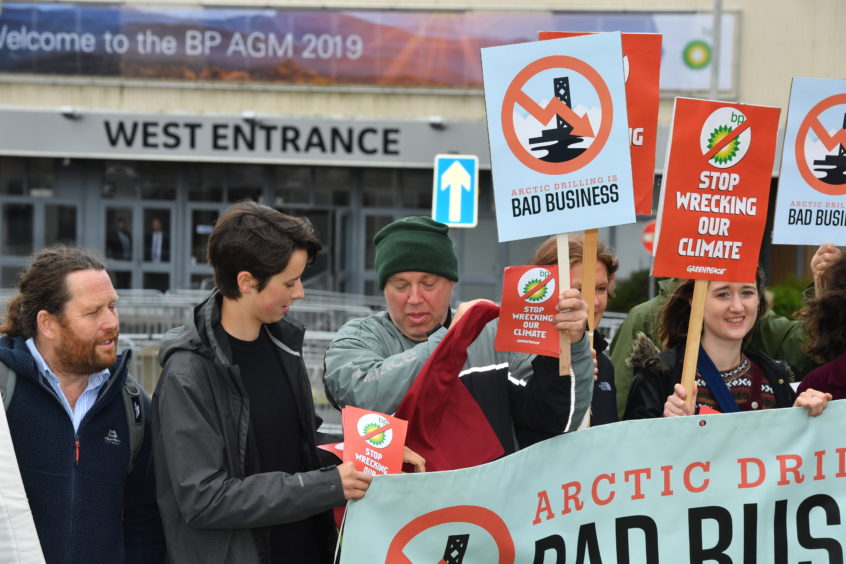