Energy consultancy Wood Mackenzie has predicted a 25% rise in the number of exploration wells to 60 in 2019 across the whole of the North Sea.

Glenn Morrall, an analyst with Wood Mackenzie’s upstream research team, said: “What’s changed? Budgets are higher and company portfolios are brimming with prospects matured through the downturn. The competition for assets in the mergers and acquisitions market will continue to be fierce, particularly in Norway. So, growth via the drill bit is arguably a more attractive option.

“There is scale too. While many of the prospects drilled will be infrastructure-led, we will also see new plays and ideas being tested. In total, companies are targeting 7 billion to 10 billion barrels of gross unrisked resource in 2019. Of that, explorers have discovered just 600 million barrels of oil equivalent (boe) in the year to date. But for the rest of the year, volume, as well as value, remains on the agenda.

“While lower costs and nearby infrastructure mean returns from small finds are strong, companies are also looking to bigger prospects to shift the needle. This approach yielded 800 million boe across the UK, Norway and the Netherlands in 2018, and volumes per well were the highest since 2010.” 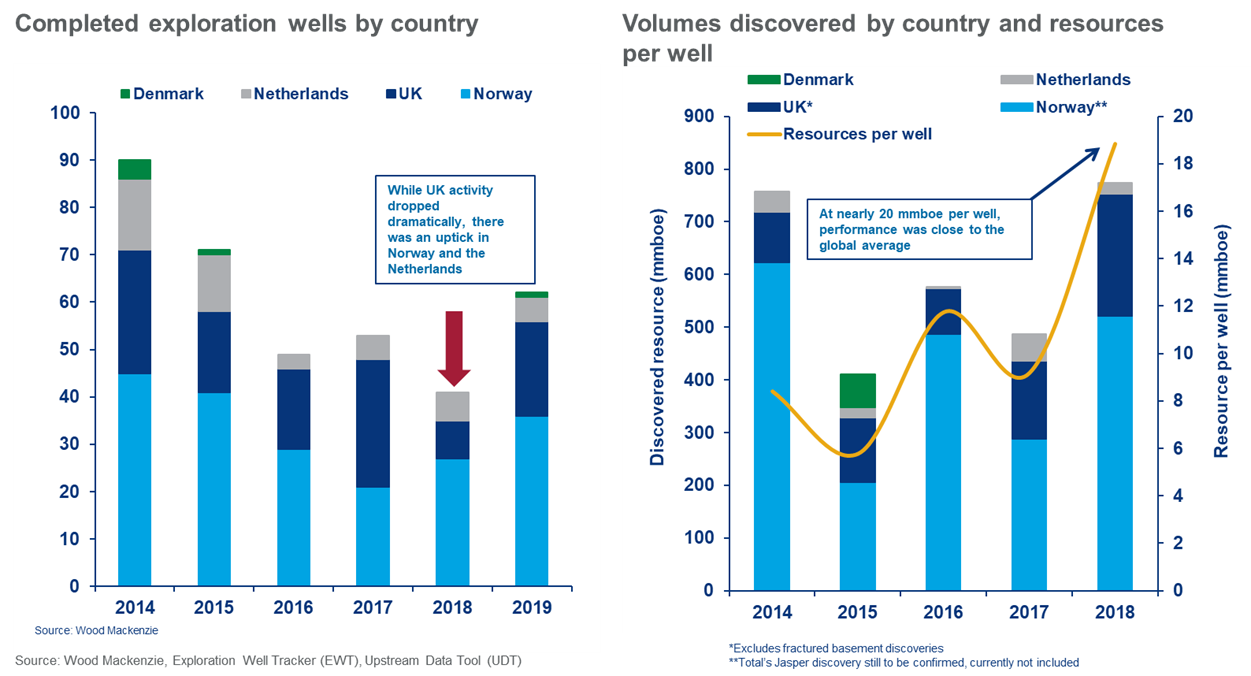 There have been lows, but also highs

He added: “It’s been a mixed bag in the first half of 2019 for North Sea exploration. While 2018 was characterised by a recovery in performance, of the 32 wildcat wells drilled so far this year, over 70% have been dry. This shouldn’t be a surprise though. Exploration is an inherently high-risk venture and not everyone can be a winner.

“But UK exploration activity is back. Having languished in 2018 to its lowest level since the 1960s, companies have stepped back into the breach this year. We expect there to be between 15 and 20 completed exploration wells, similar to the numbers drilled in 2015 and 2016.

“There have already been some silver linings among the clouds. CNOOC’s Glengorm discovery (250 million barrels of oil equivalent) in the UK’s Central North Sea is the country’s largest in 10  years (excluding fractured basement discoveries).

“The discovery well revealed a 250 million boe high-pressure/high-temperature gas/condensate find in the Upper Jurassic Fulmar sandstone reservoir. The map below, from PetroView®, also shows the nearby Cringletie, Mansfield and Minard prospects. These show potential in the same Upper Jurassic Heather turbidites and Fulmar shoreface sandstone reservoirs as seen and discovered in Glengorm, although current plans to drill these prospects are not known.

“We assume the field will be progressed as a multi-platform standalone development, similar to the nearby Culzean field, with gas export via the CATS pipeline and liquids export via Norpipe. 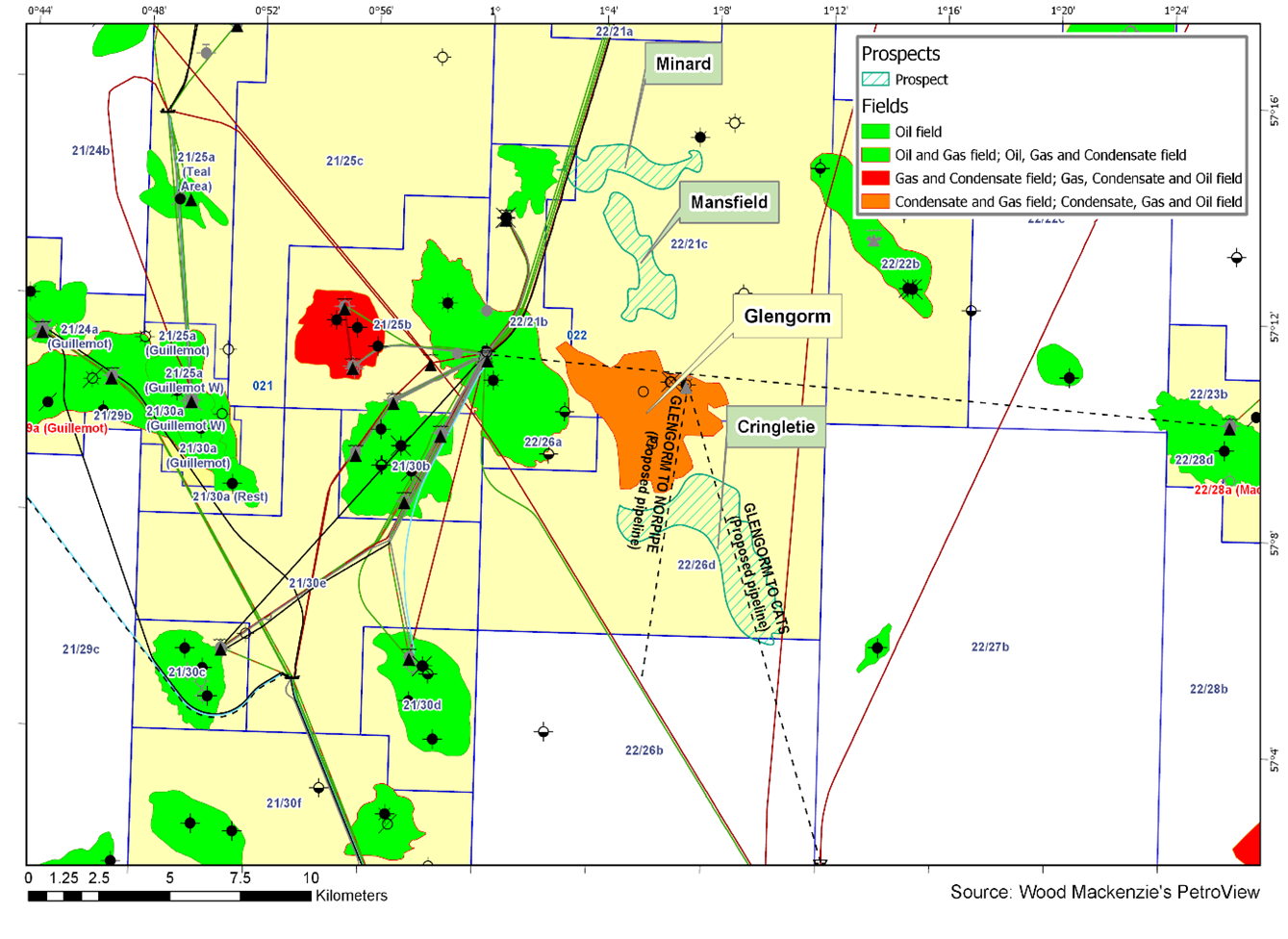 “Over the border in Norway, exploration has stuttered with volumes discovered per well at only 12 million boe. However, technical success rates remain buoyant at over 30% and Aker BP’s Froskelaar, and Equinor’s Telesto and Sputnik, are likely to be commercial.

“Pressure to deliver is high for North Sea explorers following a series of disappointments, including our wells to watch at Lyon and Blackrock in the UK, and Presto and Gjokåsen in Norway. But the volume chasers will not give up. Wells to watch for the remainder of 2019 include CNOOC International’s Howick well in the UK West of Shetlands, and MOL’s Iving well in Norwegian waters.

“Overall, explorers will chase nearly 2 billion boe for the remainder of 2019. If explorers hit a few of their big targets, 2019 could turn out to be a creaming curve buster.”